Previously on Camping Disaster Part One...

"We must find her!" Elizabeth said with determination.
"She can't have gone far..."
Now Elizabeth will tell you the second part of the story.  Chrissa and I set out to look for Julie.  After we had walked a long way,
"I'm going to climb that tree." Chrissa said, "From there I can see the whole park."
"Be careful!" I warned.
"I know, I know."  Chrissa said as she started up the tree.  If I didn't know she was a gymnast, I would have been worried about her climbing the tallest tree on the campsite.  I was hedding back to the campsite to get a flashlight when Chrissa started yelling.
"ELIZABETH! ELIZABETH! I FOUND JULIE!"
That was a more welcoming sound than rain in a drought.  I ran as fast as I could to Chissa.  Turns out, Julie had fallen in a large hole.  Chrissa said that she found Julie because Julie was yelling at the top of her lungs
"HELP! SOMEBODY! I DON'T WANT TO DIE THIS WAY!!! AT LEST LET ME FINISH THIS ONE BIG TEST!!!!! I HAVE BEEN STUDYING!!!!!" 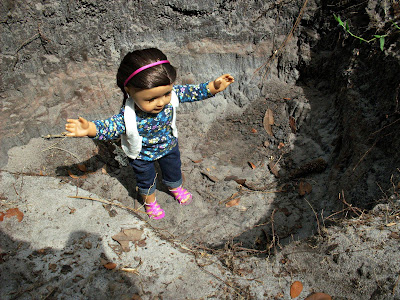 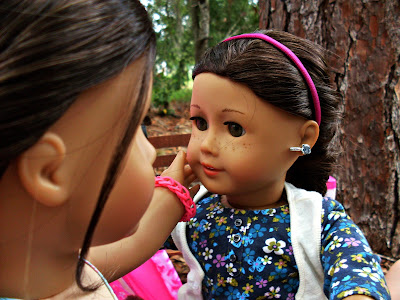 "Julie! We were worried sick!" Chrissa said when we got back to camp.  We all sat down around the fire.  Then Julie sprang up and picked up a vine and round it around her head like a head band. 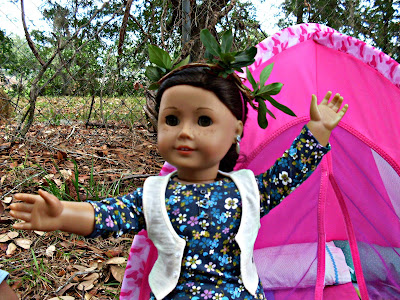 "What do you think?" she asked.
"I think you look like a Roman emperor!" Chissa giggled.
"Oh." Julie said, looking like a deflated balloon.  She started tord the tent then, as if she changed her mind, turned around and
"Hey, um" she said, "I saw a really cool climbing tree down the path, do you want to climb it with me?"
"I thought you didn't like climbing tress." I said, a little surprised.
"Well no, but it would be fun with you guys!"she said.  So we did. 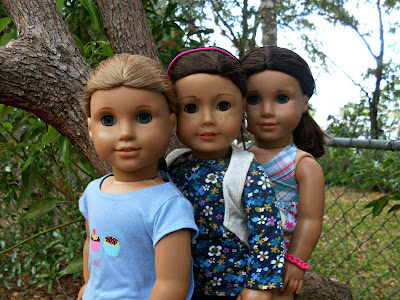 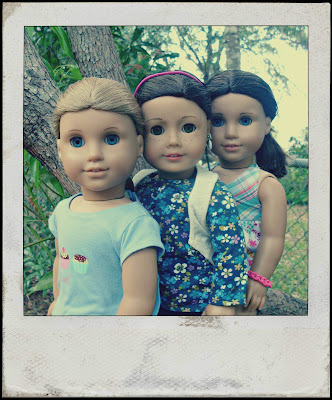 After that, we had a normal camping trip.  To see Julie's side of the story, click these: Camping part one
Camping Part two 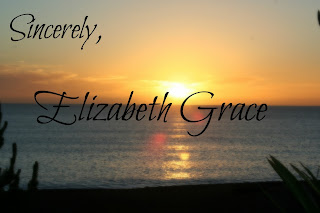 Thank you for taking time to check out our blog! We love hearing your thoughts or questions, but please respect others by not using foul or discouraging language. As the saying goes, If you don't have anything nice to say, don't say anything at all. We can (and will) delete inappropriate comments.
Thank you!
~Elizabeth and Chrissa Edwards

Favorite Posts on the Saltys